Home > About Shutters : History and Evolution 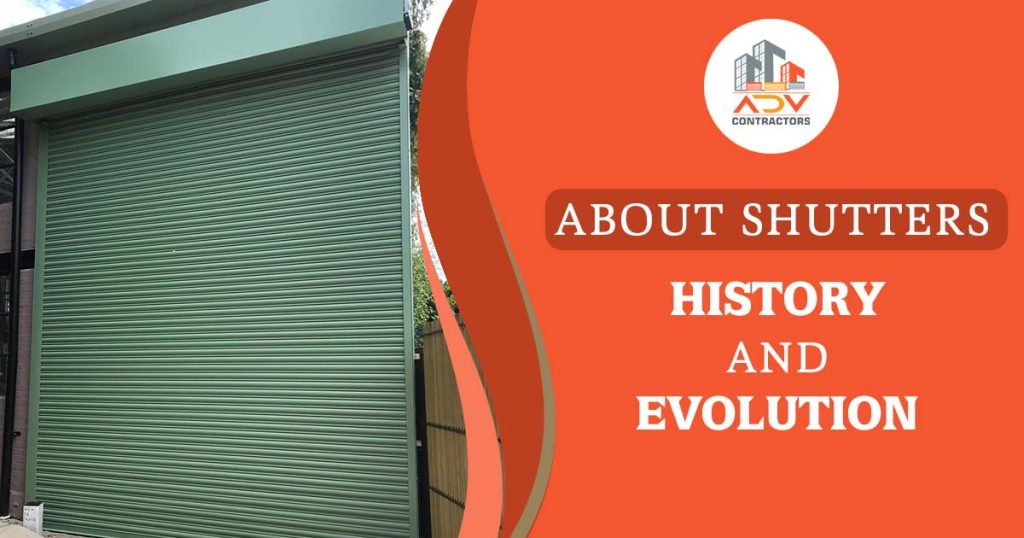 Roller shutter is the best option available for security and safety. In the past few years, this option has become very popular. With time, more people are opting for this choice for their premises. In this guide, we are going to explain in detail the history and evolution of the roller shutter.

Roller shutter has horizontal and vertical made of aluminum and steel which are hinged together. The roller shutters work by rolling up or down around the barrel and they have an electric motor or spring.

The shutters can be installed in domestic, industrial, and commercial premises. Their installation is done in warehouses, factories, and stores. The shutters are effective and provide different benefits. Most important to hire professionals as they will give you service from manufacturing to roller shutter repair.

You might not know this but the first automatic door came to Greece. At that time the marble shutters were very popular. However, the shutters are very effective in controlling the light, provide ventilation and also increase privacy.

The Tudor Period and Elizabethan Era

First time the shutters were used in medieval England when widows had an iron bar for protection and solid wooden shutters. In the 15th century, the glass was used along with windows. After that, wood shutters came into existence.

Use of Louvered shutters

Louvered shutters are referred to as movable boards, slats, or hinges which are the same as that of windows shutters. In the 17th century, the use of louvered shutters was very popular and distributed around the palace guards. This helped in providing a shield around the entire place. After that, the shutters became popular in Europe.

Introduction to the New world

The shutters became very popular in Spain, France, Britain, Central, and North America. After that the wooden shutters became popular. Still, many places are using the shutters as their part of commercial and home decor.

Use of shutters in Industries

in the 18th and 19th century the industrial revolution took place which helped the people to get new powered tools, specialized machinery, and new material like steel & iron.

For the industries, the steel and aluminum shutters panels were the ones which became extremely popular and they made there a quick way in the world for security and safety purpose.

Nowadays, the shutters are galvanized and chemical processes of the shutters have made them resistant to corrosion and rusting. With proper installation and maintenance, the shutters will last for a long time.

For detailed information, you can contact the experts and discuss your requirements with them.