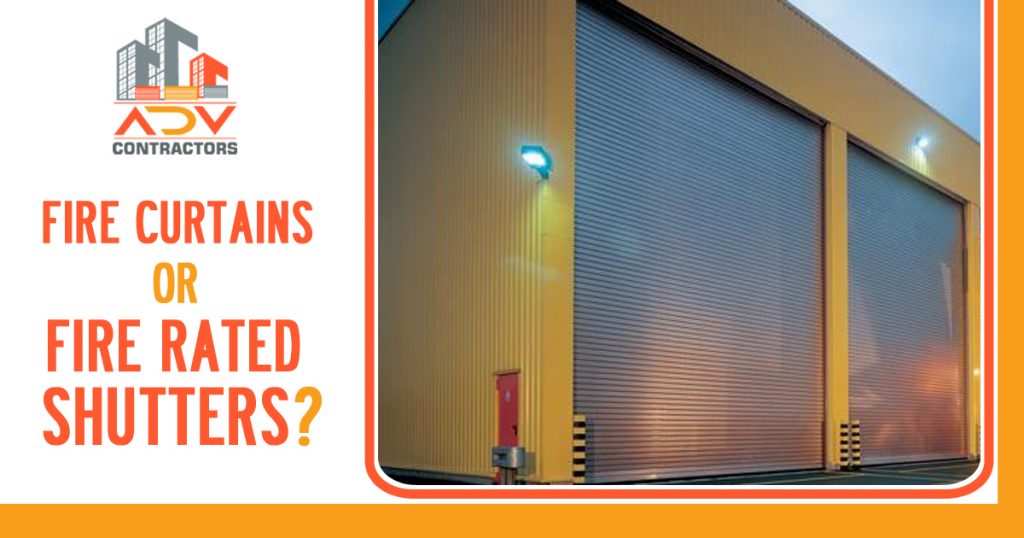 Fire curtains are special roller shutters made of fire-resistant material so as to prevent damage to the building in case a fire breaks out. These shutters are manufactured specially with fire resistance in mind. Fire shutters are known for effectively preventing damage due to fire. They do so by preventing the fire from spreading. They effectively obstruct the spread of fire by sealing off the room under fire. They are highly effective in buying crucial moments of time which help in evacuation of the people from the building.

Fire shutters are roller shutters which have been designed with the sole objective of fighting fire damage. To make them fire-resistant, they are manufactured from fire-resistant materials. The outer layer is bonded to an insulated core which is again made of high resistance material. In case a fire breaks out, the shutters come down automatically and seal off the area under fire. Naturally, it is an effective procedure for fighting the spread of fire along with granting time for evacuation.

Both are effective in resisting fire. They share quite a few similarities like both prevent the spread of fire and both allow more time for evacuation. But they have some differences.

They are more versatile and less obtrusive. They are able to fit into the requirements of various business setups. They are also suitable for internal usage, protecting lifts, stairwells and other risky areas without hindering the daily activities of the people.

Fire-rated shutters are considered to be much more superior to Fire curtains. They offer foolproof fire resistance. They come with a rating which is according to their fire resistance performance. Depending upon their resistance capability, they will be able to provide 1,2, or 4-hour protection against fire. They are fully tested before they are sent to you. They also come with a certification. With these features, you can be sure that the product you are getting is a product with the latest technology and best quality. Not only this, but you will also get a benefit as a fire-rated shutter will entitle you to a less insurance premium.