Home > Why Steel Rolling Doors are better for your business? 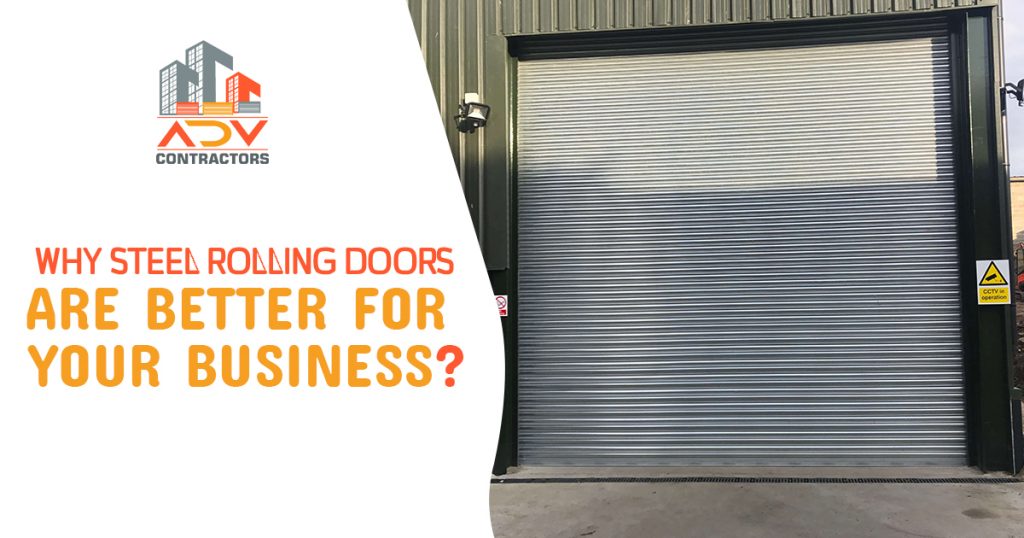 Rolling steel doors make up the doors which are desirable in every context: they offer strength, convenience, and security. Isn’t it the ideal combination of advantages you have been looking for?

If you own a warehouse or a loading dock, then roller shutters are just the right choice for you.

Rolling  doors are undoubtedly becoming highly popular due to these advantages. So don’t wait too long, get the doors installed at the earliest so that you can take advantage of their plus points. Rolling shutters are supplied by ADV, the shutter company which has been around for decades. We are just a phone call away if you want to buy roller shutters from the best.

Apart from the advantages mentioned above, we have some more plus points to mention –

They have an advantage if you compare them to a sectional door. Section doors have around 40 parts which help in its movement; they can easily gather dirt and debris. On the other hand, the rolling doors are made up of flat slats which interlock to form a curtain. The slats material is heavier than the panels of the traditional sectional steel doors.

The rolling doors are preferred for another advantage –they take up less space. Commercial properties are often short of space. If they opt for a shutter which occupies space, they will be at a disadvantage. Hence they prefer the rolling doors. How do they save space? They roll up instead of opening along their width. They are wall mountable so they need not be connected to the ceiling. This feature is again a space saver.

If you have a sectional door, repairing it can take up to 14 days. You will not have to wait for so long with a rolling door. The manufacturers supply extra slats with the door. Due to this, the door can be repaired in a minimum time of half an hour. Now that’s time-saving, isn’t it?

ADV stands for quality, durability, and dependability. ADV has emerged as one of the major suppliers of roller shutters, shop fronts sectional doors, Bi-fold doors, fire rated shutters, fast-moving shutters and of course steel rolling doors. You will be at a great benefit if you contact ADV for securing your building through ADV steel rolling doors. So go ahead and make the best decision of your life.